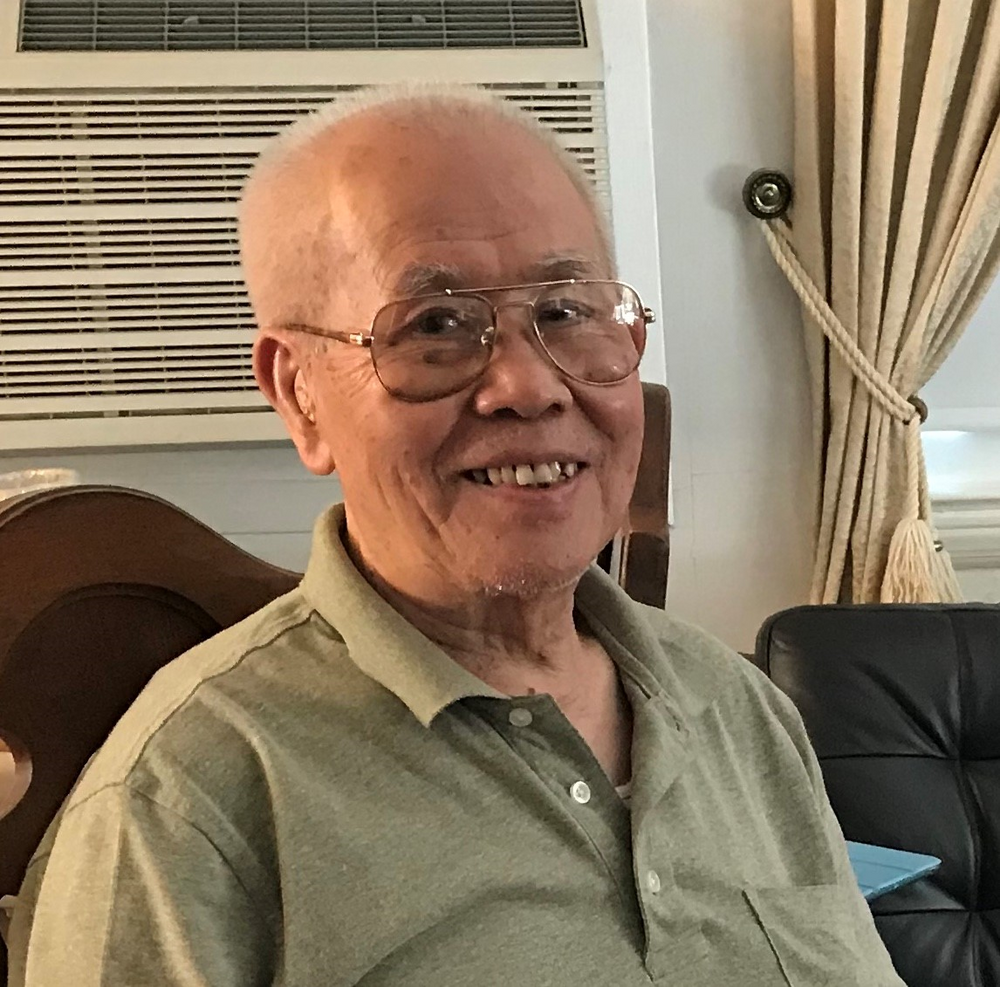 Please share a memory of Kwong to include in a keepsake book for family and friends.
View Tribute Book
Kwong Shing Leung was born in Vietnam as the son of Kar Chu Leung and Mui So, on August 24, 1929. In his early life, Kwong bore witness to World War II specifically the Indo China War (1946 -1954), a time when Vietnam was impacted heavily by foreign French nationals. It was then that his multilingual talents manifested, in which he taught himself French to be able to stand up to the French soldiers that occupied Vietnam at the time. Living in Vietnam, he spoke Vietnamese, but his father was Chinese, so he also spoke Cantonese and Mandarin. During the time of his youth, Kwong celebrated life with whatever means he had access to. He loved music, so he would fabricate his own instruments, even creating something as simple as using fresh leaves to create an instrument not unlike a harmonica. Kwong had a passion for bodybuilding and was extremely active. He even used his innate physical abilities to save a person drowning in a river. As a man of vigor and vitality, Kwong was a perfect example of how the life of a young man should be lived. With guidance of a close family friend, Kwong was able to escape Vietnam before the next war broke out, infamously known as the Vietnam War. In escaping what became a bloody war-torn battlefield, Kwong was able to find love at the age of 25, in a colony under British rule, Hong Kong. It was there he fell in love and married an uptown gal by the name of Sui Lin Chan. Finally achieving a semblance of peace and tranquility, Kwong was able to start his very own family legacy. With is body developed from his teenage years, Kwong used his husky body and wanted to apply his physicality to become a fireman. With Kwong's stalwart body, keen looks, and friendly demeanor, Kwong had also worked part time at a tailor shop in Hong Kong. It was there that he ran into a Frenchman and was recognized for his charisma and his multilingual talents. Kwong ultimately decided to join a French construction company, known as Dragon Gate Construction, as their very own Personnel Officer. During his life in Hong Kong, he follows his passions for music, dance, instruments, photography, and Tai Chi. Tai Chi was born out of a need to cure neurologically related issues of his face. He described how working at the peak of his company was extremely stressful. All those hours of sitting and intensive personnel work manifested into physical problems in his life. Without a daily movement regimen, he decided he needed to learn something new, and that was Tai Chi. In the 1980s, after 30 years of dedicated service to the company, he retired and decided to move his entire family to the Americas to expand his legacy internationally. His eldest child, Carol, shared the same musical passion as Kwong, and studied in New York City as a Music Major. It was there that she married her childhood friend, Peter Ng. His youngest child and only son, Anthony, attended the same college with a major in Computer Sciences and graduated in the late 80's as well Shortly after, Kwong and his wife moved to Calgary, Canada for a few years, where his wife's siblings also lived. In the early 90's, Dad came back to New York and finally settled with Sui Lin and in Merrick where they were closer to children. It was there he was able to impart his playfulness, physicality, and sense of humor alongside his children and his newly born grandsons, Jason and Jeffrey. He also shared the same enthusiasm with his grandson, Douglas, who was born in the years to follow. It was there that he developed a passion for the game of pool at the local Senior center, often imparting his nuggets of wisdom pertaining to Tai Chi. Kwong led a simple and disciplined life. He did not drink or smoke. He felt that it was important to keep his corporeal vessel in tip top shape to maximize any avenues of play. Kwong practiced Tai Chi every day without fail for the past 60 years of his life. He was loved by his entire family. At the age of 93, on September 18, 2022, Dad fell when he missed merely a few steps walking up to the main living room from the basement. From that accident, Dad was in and out of the hospital and rehabilitation center. Kwong was unable to ambulate due to sheer pain. On December 27, 2022, at 7pm EST, exactly 100 days after he fell, my father, Kwong Shing Leung, left his broken vessel behind and passed away peacefully in his sleep. He is survived by his wife, Sui Lin Chan; son, Anthony Leung; daughter, Carol Ng; son-in-law, Peter Ng; daughter-in-law, Jeanne Wong; grandchildren, Douglas Leung, Jason Ng, and Jeffrey Ng; granddaughters-in-law, LiAnn Chen and Sandy Mei; and great-granddaughters, Kaylee and Hailey Ng.
To send flowers to the family or plant a tree in memory of Kwong Leung, please visit Tribute Store
Saturday
31
December

Share Your Memory of
Kwong
Upload Your Memory View All Memories
Be the first to upload a memory!
Share A Memory
Send Flowers
Plant a Tree