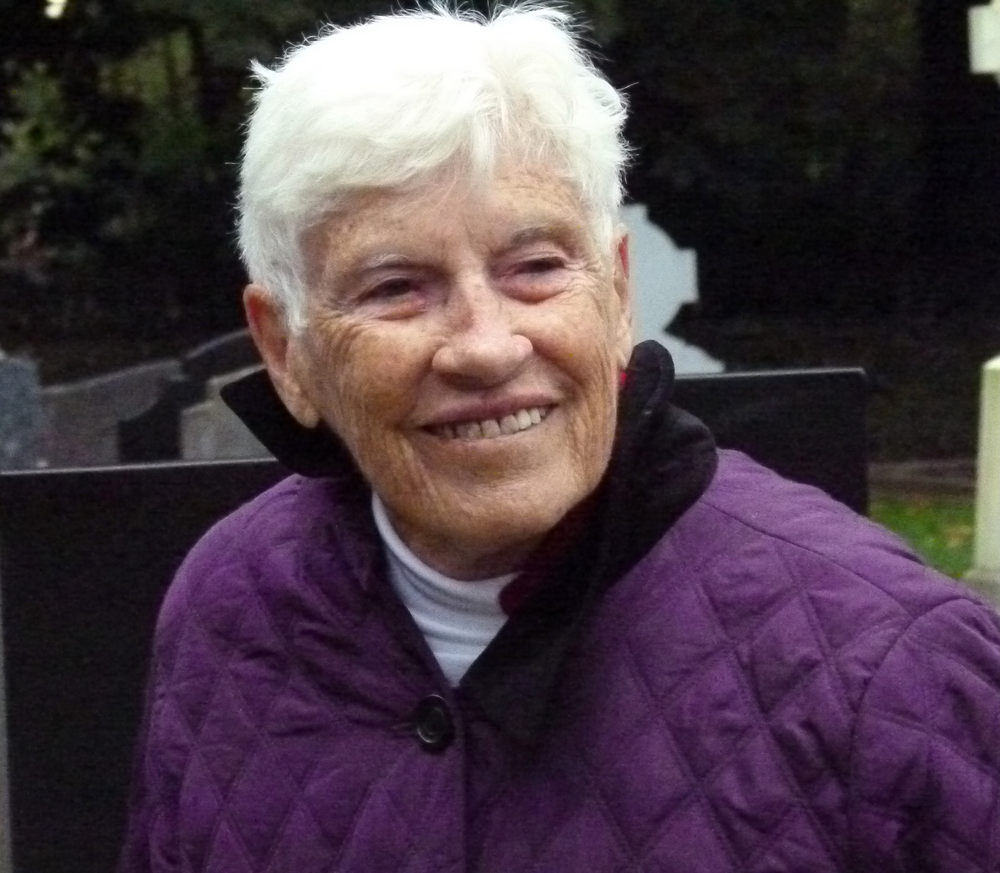 Please share a memory of Kathleen to include in a keepsake book for family and friends.
View Tribute Book
Kathleen Doyle Curnyn Brennan Kathleen Sheila Doyle Curnyn Brennan (Kay to most) passed away on June 3, 2022 after an extraordinary 98 years of life. Kay was born on May 11, 1924 in Dublin, Ireland to Catherine and Laurence Doyle. She was the youngest of 5 (3 brothers and 1 sister). In 1927 the Doyles immigrated to America and settled in the New York area. Kay attended Saint Therese of the Little Flower School in Woodside and graduated from Bishop McDonald High School, where she was editor of the yearbook. After graduation she worked as a bookkeeper for her father's carpet business. In 1946 Kay married the recently returned WWII veteran Eugene Curnyn. They lived in Levittown, New York for a few years before moving to Merrick where they raised their six children. They enjoyed time at Jones Beach, vacationing in Canada, attending Broadway shows and socializing with their friends and family. After the sudden death of Gene in 1968, Kay found love again with Vishno Brennan, a widower with eight children. They married in 1969 and merged their families. In 1972 they relocated to Glen Ridge, New Jersey where they spent 20 years raising their children. Kay worked in the church rectory for a time before finding her dream job as a librarian at the local library. Upon retirement in 1995 Kay and Vish moved to the old fishing village of Greenport on the North Fork of Long Island. They were both active in their new community and at St Agnes, the local Catholic Church. Following Vish's death in 2000, Kay remained in Greenport, joining many local groups and serving as a Eucharistic Minister and Lector at St Agnes. At the age of 92 Kay moved into an assisted living community in Great Neck, New York. Just before the pandemic as Kay was showing signs of Alzheimer disease she moved to the Summit in Whitefield, New Hampshire, where two daughters had homes. Kay had spent many summers in the area as a young girl. Even as her disease progressed, we were fortunate that she always had a smile when she saw our faces or heard our voices. Kay was a strong woman with a gentle touch and a fierce defender and advocate for her children. Her Catholic faith was unwavering throughout her life. She was unstoppable in encouraging her children to seek the grace and comfort of the Church. Kay was predeceased by her parents, her brothers Lawrence, John and Vincent, her sister Mary Elizabeth Snell and children John Brennan and Valerie Longaro. Kay is survived by twelve of her children – Kevin (Mary Beth) Curnyn, Sheila Vaughan, Kathleen Curnyn, Kathleen (Robert) Sweitzer, Claudia Cammorata, Mary Elizabeth (Daniel) Reardon, Paul (Vera) Brennan, Beth (Joseph) Brady, Susan Curnyn, Matthew Brennan, Christopher Brennan, and Jean Tara Curnyn. She was blessed with 25 grandchildren and 45 great grandchildren and many beloved nieces and nephews. Before her death, Kay asked that her funeral be held when her family could gather. In accordance with her wishes visitation will be from 2PM to 5PM on October 20, 2022 at the NF Walker Funeral Home in Merrick, New York. Her funeral mass will be celebrated at 10:30AM on October 21, 2022 at Cure of Ars Church, Merrick, New York. She will be laid to rest in the Long Island National Cemetery, Farmingdale, New York, immediately following the Mass.
To send flowers to the family or plant a tree in memory of Kathleen Curnyn Brennan, please visit Tribute Store
Thursday
20
October

Share Your Memory of
Kathleen
Upload Your Memory View All Memories
Be the first to upload a memory!
Share A Memory
Send Flowers
Plant a Tree