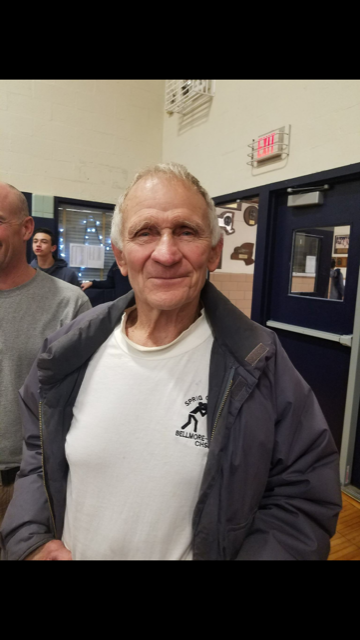 Please share a memory of William to include in a keepsake book for family and friends.
View Tribute Book
In Lieu of flowers donations can be sent to: Friends of Long Island Wrestling 775 Wantagh Ave Suite 400 Wantagh, NY 11793Bury, William Robert “Bob” passed away Tuesday, March 15, 2022. Bob was born on October 29, 1929 in Farmingdale and grew up in Bellmore, NY. He is survived by his wife of 66 years Elinor Schmidt Bury. He was preceded in death by their daughter Patricia Ann in 1988. Bob graduated from Mepham High School where he achieved All-American Honors in wrestling and football. He then attended Syracuse University where he majored in physical education and graduated with a degree in Phys Ed. He again achieved All American Honors in wrestling throughout his career. Bob started his physical education career at Merrick Avenue Junior High and a few years later at Calhoun High School. Bob’s passion for wrestling continued as head coach for Calhoun that produced multiple national, state, county, and Division Champions. His love for wrestling involved coaching not only his high school wrestlers but many throughout Long Island. He was very inspirational to many and was still wrestling on the mats well into his late 70’s. After he retired, he was inducted into the National Wrestling Hall of Fame. Bob was known for his toughness, hard work, and ethics and some referred to him as “Popeye.” Multiple stories circulated through the wrestling community that he had no stairs in his house and made his sons climb ropes and wrestle off for meals. During the summers, Bob worked for the National Park Service as a lifeguard at Sailors’ Haven for over 30 years and then later as a park ranger where he was involved in fighting forest fires throughout the country into his late 70’s. Some of Bob’s other hobbies included hunting in upstate New York, boating, and saltwater fishing. Bob is survived by his three sons and their families: William, granddaughter Bella; Robert, granddaughter Taylor (with his late wife Cheryl) and his wife Elizabeth her three children Katherine, Megan, and Adam; Richard and his wife Laura; 2step granddaughters Melissa Hameier (Kurt and his daughter Allison), great grandson Kieran and his wife Toni; Diana Everett (Corey), great grandson Ben, and many nieces and nephews. Bob was predeceased by his two brothers Jerry and Ronnie and his sister Doris Hopper.
To send flowers to the family or plant a tree in memory of William Bury, please visit Tribute Store
Print
Tuesday
29
March

Look inside to read what others have shared
Family and friends are coming together online to create a special keepsake. Every memory left on the online obituary will be automatically included in this book.
View Tribute Book
Share A Memory
Send Flowers
Plant a Tree