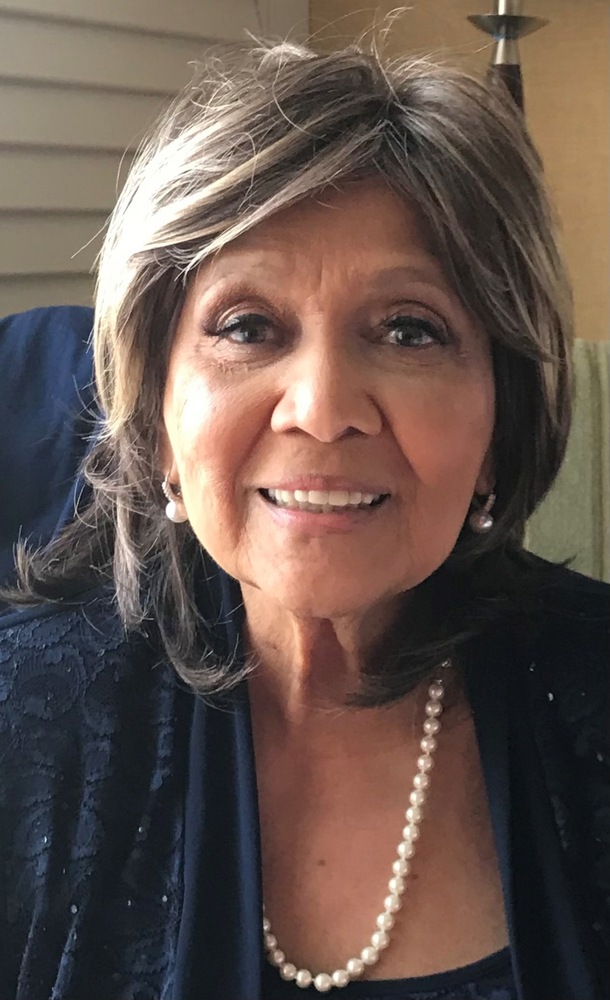 Please share a memory of Sibyl to include in a keepsake book for family and friends.
View Tribute Book
Sibyl Jane Ross was born on October 8, 1940 in Columbia, South Carolina to the late Eugene and Mary Jane Sumpter Williams. Sibyl was the second of four children born to that union. She was raised in a loving home with her two sisters and brother. She was predeceased by her sister Barbara Jean and her brother Adrian Burns. She was also predeceased by a half-brother Eugene Williams. Sibyl was an active member of Second Calvary Baptist Church. She attended Sunday school and services regularly and was a member of the choir. She attended the Columbia Public School System. Her education was interrupted at C. A. Johnson High School when her family decided to venture to New York for economic opportunity. There, she graduated from Commerce High School and immediately began her career in the telecommunications industry at New York Telephone Company. On August 28, 1963, while remaining ever cognizant of the life she left behind in South Carolina and the on-going struggles being endured by so many during the Civil Rights era, Sibyl was compelled to be present at the National Mall listening to the melodious voice of Dr. Martin Luther King, Jr. Sibyl became a part of history as a participant in The March on Washington. In 1967, her sister Yolanda introduced her to a co-worker, William (Bill) Ross. From this introduction, Sibyl and Bill created a wonderful life together in New York City. In 1968, Sibyl and Bill were married at Mother A.M.E. Zion Church, the oldest African-American Church in the State of New York. From this union, Sibyl and Bill raised two children, Marc and Nicole. Sibyl would often travel with the children to support Bill in his apprenticeship training organization, R.T.P., Inc. during both the Carter and Reagan Administrations. At home, Sibyl enjoyed hosting family, friends as well as political and civil rights leaders. She was a gracious host to all who walked through their door. Sibyl participated in an abundance of Civil and Labor Rights events across the country. Sibyl was a recipient of Lifetime Membership of the National Council of Negro Women, which was awarded to her by Dorothy I. Height during her tenure as President. Sibyl served on the PTA of the Bank Street School for Children and she was an active member of the Harlem community. During her 25 years at AT&T, she was promoted to Senior Investigator in Corporate Security where she orchestrated in depth investigations, interrogations and even conducted “stakeouts” and other surveillance operations while partnering with the Federal Bureau of Investigations. She was diligent, highly professional, well read, conscientious and responsibly dedicated. These attributes did not go unnoticed as she was often promoted and given special assignments. Sibyl was the glue that held everyone together. She gave her all to her family. Sibyl was quiet, classy and elegant but was truly our “Rock”. In the earlier years, whether it was taking the Metro North or driving to White Plains from Harlem every morning, putting two children through private school and college, serving as an administrator of her husband’s business, or providing a safe haven and a welcoming home for anyone that needed it, being a devoted wife, mother, grandmother, sister, aunt, friend and confidant was her greatest gift. Sibyl was not only an amazing Mother, she was an incredible Grandmother. She helped to raise each of her grandchildren and left her imprint on their hearts. They are wise, kind, loving and compassionate people, just like their Grandma. She had several affectionate names including; Mana, Nana and of course Grandma. She loved sharing stories with her grandchildren about her life “back in the day” and especially enjoyed sharing her secret holiday recipes, like 7-Up cake and “yam-mallow”. Sibyl was not only blessed with two devoted children and five loving grandchildren she was fortunate to have a son-in-law and daughter-in-law who loved and adored her unconditionally. Fred was her loyal second son and Pam was her faithful bonus daughter. She was truly Mom. She leaves to mourn a son, Marc William Ross (Pamela), and grandchildren, Christian Jefferson Ross and Gabrielle Nicole Ross of Teaneck, New Jersey; a daughter, Nicole Jennifer Myrie (Frederick) and grandsons, Jordan Ross Myrie, Jared Fernandez Myrie and Justin Eugene Myrie of Merrick, New York; a loving sister Yolanda W. Perry (Lewis) of Greenwood Lake, New York; an adoring niece, Bronwyn Nahas (Stuart) of Paramus, New Jersey; a half-brother, Herbert Williams (Rudine) of Columbia, S.C. She also leaves to mourn a sister-in-law Gloria Whitfield of Washington D.C., a brother-in-law, Quinton Ross, Sr. of Montgomery, AL and a sister-in-law, Reina Williams of Hockley, TX, as well as a host of wonderful nieces, nephews, cousins and friends.
To send flowers to the family or plant a tree in memory of Sibyl Ross, please visit Tribute Store
Thursday
30
September

Share Your Memory of
Sibyl
Upload Your Memory View All Memories
Be the first to upload a memory!
Share A Memory
Send Flowers
Plant a Tree