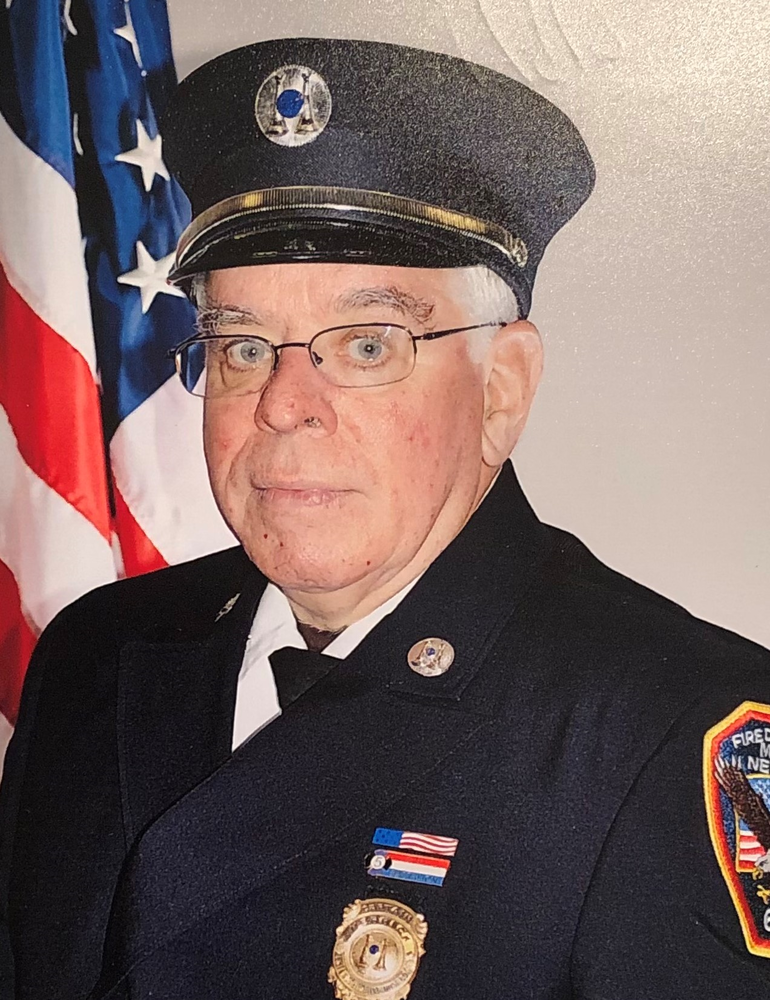 Please share a memory of William to include in a keepsake book for family and friends.
View Tribute Book
Bill Babcock was a beloved husband to Jan Babcock for 54 years and a devoted father to his children Chris, Kim and Lee. His grandchildren Olivia, Asher, Billy and Ivan adored him. Bill devoted most of his life as a volunteer fireman at Friendship Firehouse around the corner from his home in Merrick which was a second family to him. Since joining in 1974 he served in many different roles such as Captain in 1980, 1st Lieutenant in 1977-1979, Department Treasurer from 1996-2021, among others. Bill is well known throughout Nassau County through his work as a 1st Deputy Chief Instructor for decades at the Nassau County Fire Service Academy, where he shared his knowledge and passion to inspire the future generations of Nassau County firefighters. As his firefighting days wound down, Bill shifted his focus and became the 6th Battalion Emergency Operation Center Representative working on emergency disaster planning in today’s changing world. Whether he was spending a Saturday afternoon with his grandchildren in the backyard, or strolling through Disney World with a frosty beverage in his hand, Bill was always up to break some bread and swap some stories.
To send flowers to the family or plant a tree in memory of William Babcock, please visit Tribute Store
Thursday
25
February

Share Your Memory of
William
Upload Your Memory View All Memories
Be the first to upload a memory!
Share A Memory
Send Flowers
Plant a Tree