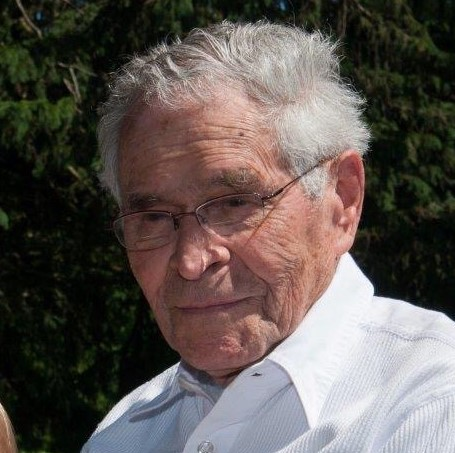 Please share a memory of Salvatore to include in a keepsake book for family and friends.
View Tribute Book
Salvatore J. Totaro, loving and devoted husband to Mary Ann Totaro, was welcomed into the arms of Our Lord on January 26, 2021, at the age of 98. Salvatore was born in Galloway, WV to Antonio and Antonetta (Ambola) Totaro, and later moved to the Bronx. Sal attended St. Agnes Boy's School in Sparkill, NY where he earned straight A's. As a teenager, he joined the CCC, working on forestry projects in the west. Sal later joined the US Navy, proudly serving during WWll, and retired as Chief Petty Officer in June 1961. He continued to serve in the Fleet Reserve for an additional 10 years. Following his Naval career, Sal worked for Pan American Airlines as a Ground Crew Chief, retiring in l988. Sal was a life-long Yankee fan, honored by the Yankees in 2017 for his military service. He had An extraordinary talent for working with electronics, building custom cabinetry, and always enjoyed driving his "Made in America" Cadillacs. Salvatore was preceded in death by his sisters, Mary (Carboni) and Rose (Scimeca) and brother Joseph. He is survived by his loving wife of 42 years, Mary Ann, and 3 generations of nieces and nephews who lovingly know him as Uncle Sam. Sal was a kind, Loving and gentle man. All who knew him were blessed to have had him touch their lives. A Funeral Mass will be offered at 11:15 am on Friday February 19th at Sacred Heart R. C. Church, 720 North Merrick Avenue, North Merrick, NY Interment with Navy Honors at Calverton National Cemetery, Calverton . Visiting will be Friday February 19th from 9am to 10:45AM at N. F. Walker Funeral Home 2039 Merrick Avenue, Merrick, NY. In lieu of Flowers donations to the Honor Flight Society, LI Chapter https://honorflightlongisland.org appreciated. .
To send flowers to the family or plant a tree in memory of Salvatore Totaro, please visit Tribute Store
Friday
19
February

Share Your Memory of
Salvatore
Upload Your Memory View All Memories
Be the first to upload a memory!
Share A Memory
Send Flowers
Plant a Tree