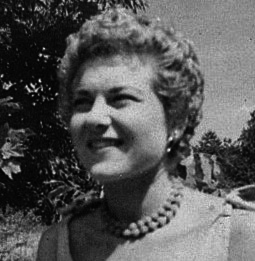 Obituary of Marguerite A. Teeley

Marguerite “Peggy” Teeley, 87, of Merrick, NY, passed away on July 5, 2019 in Briarwood, Queens, NY at the Silvercrest Extended Care Facility.

Peggy was born on September 29, 1931 in the Bronx to Joseph and Margaret Nedwidek. She attended Washington Irving High School, graduating in 1948. She attended The Fashion Institute of Technology for 3 semesters, honing skills in sketching, dress design and dress making. She married William Teeley in 1953 and had 2 sons, William Jr. and Thomas who survive her.

Peggy devoted herself to her home and her boys. Musician husband Bill was rarely home, touring constantly to support his family, while Peggy tended to the boys in their small Manhattan apartment. Bill quit the road in1965, and Peggy was no longer a “single mom.”

With Bill home, Peggy applied for a position at Macy’s Herald Square, showcasing skills learned at F.I.T. and was quickly offered the head position in the alterations department. After seeing how much this would keep her away from home, she declined the position. Family came first.

They moved to Merrick in 1976 where Peggy developed a love for gardening and a passion for antique doll collecting and doll making. She became renowned for her collection and custom doll clothing service. She amassed a collection of 6 thousand dolls and became a fixture in the doll collection community.

Sadly, Peggy suffered a pair of devastating brain aneurysms and entered the Silvercrest Extended Care Facility in 1994 where she spent the rest of her days. Despite losing the use of her right arm and leg and the ability to speak, she learned to communicate by singing. She would sing a song appropriate to the circumstance and sing words that she couldn’t speak. She became known for her singing and her happy greetings to everyone she encountered in the building.

She also resumed sketching, but now with her right side paralyzed, she learned to draw with her left hand. Her evocative sketches won awards at several competitions.

It is with sadness that we say goodbye, but gladness that she is finally free of her body’s shackles.

Share Your Memory of
Marguerite
Upload Your Memory View All Memories
Be the first to upload a memory!
Share A Memory
Send Flowers